Some great interpretations from the last forum competition - great subject Mike - it's one I would have picked, so to steal a little of your thunder I'm going to choose "lyrics from a song" - by this I mean a line or phrase from the song but NOT the words in the title of that song. You need to state the line/phrase, the title of the song, and the artist(s). Like Mike, I like REAL music, so I prefer 60's / 70's music, eg John Lennon, The Eagles, Queen, etc, and not rap cr@p!

As you know, Gwen and I rarely go away...but because of a forthcoming holiday, I need to set the deadline for this competition as:

MIDNIGHT on Monday 1 May.

On with your thinking caps and good luck to all participants.
"Aim for the moon - if you miss you'll land amongst the stars."
Top 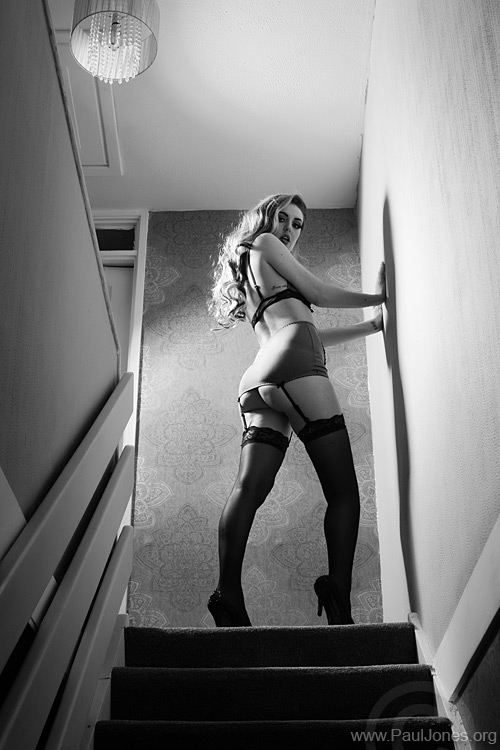 "Put your red dress on,
Mmm you look so fine
Hey move it nice and easy
Girl you make me lose my mind..."

From Sherry, written by Bob Gaudio and recorded by The Four Seasons for VeeJay records, 1962.
Best regards

But soon comes Mr night,
now his hand is on your shoulder

Well, there goes another one just lying down on the sand dunes
I'd better go take a swim and see if I can cool down a little bit
'Cause you and me, woman
We got a lotta things on our minds (you know what I mean).

" Here I stand, head in hand, turn my face to the wall...", from You've Got To Hide Your Love Away by The Beatles


"Anybody can be a great photographer if they zoom in enough on what they love." - David Bailey
Top

Kay Kyser and his Orchestra - The Woody Woodpecker Song.

THE SOUND OF SILENCE - S&G

"Dear lady, can you hear the wind blow, and did you know
Your stairway lies on the whispering wind?"
Stairway To Heaven ~ Led Zeppelin

The competition is now closed and awaits the judging!
Best regards

There's been a great response to this Forum Competition, so thanks for all your attempts - there are some clear winners for me, but the rest were good attempts too. Here are my comments, in the order of the images entered:

I love this image - great pose, lighting, angle taken from, and an effective shadow on the wall. Do the lyrics apply to the model, or you?

Given the fact that you have taught me so much on photographing models/lighting (and I really thank you for that), I feel inadequate making any suggestions on your image, but the only thing I would personally change on this is that I'd increase the exposure slightly on the model's face, so that I can see it a bit more clearly. I love the way you've interpreted the lyrics - very saucy!

A very sharp photo, and a well-positioned model in the frame. I would suggest two modifications that this image would benefit from (in my humble opinion) - the removal of the white object to the left of her waist, and cloning out the window at the top of the image - they lead my eyes away from the model. Also - have you painted some red onto the image - there seems to be a red band around the hairline on her forehead - or is it hair dye?

I really like this image - nice and sharp - level horizon, and taken at just the right moment. You've got the statue as a silhouette, a great sunset sky, and some lovely reflections in the water. And the "..now his hand is on your shoulder..." signifies the arrival of night, portrayed as human form. A good interpretation of the lyrics.

Good candid shot Andy (I'm assuming that this wasn't a set-up shot). I worry about this family - they all seem to be asleep, yet from their possessions, there's obviously at least one child around - who's looking after the child? The lyrics state "Sand dunes", and you've captured a pebbly beach, so this has not quite made it on the interpretation.

I absolutely love this shot, Joanne, and although the face is slightly out of focus (it would have probably been better if you had focused on the fingers touching her face) the image fits the lyrics absolutely perfectly. Brilliant attempt.

Good interpretation here in this composite, John. I think you learned a lot from Thursday's presentation on the liquify tool?

However, the blending of images might benefit from matching the lighting, and the cut-out from feathering. Good attempt, but there are stronger images in this competition.

I love the effect that you've created here in this image, Mike - perhaps you could do a demo at ADAPS on how you have done this, on one of our Saturday morning sessions? With respect to the lyrics, I don't see any rain, sea, surf, sand, clouds, sky or bird in the image. I do see a tree and a sad-looking lady who might be weeping. So, even though I love this excellent effect, it's not quite a full interpretation of the lyrics for me.

! Good interpretation of the lyrics, and I like the profile composition. The image is not quite sharp (but I guess it was taken from some distance away), and I think it would benefit from reducing the shadows in Camera Raw. Good attempt.

Another excellent interpretation of the lyrics here, Mike. Lots of atmosphere in this image, especially with the wet cobblestones. Have you enhanced the effect on the street lamps? They look over-exposed. I don't think that this is a composite (if it is, then it's a good one) however I don't quite understand how the right side of her hair is lit, because from the angle of the light from the lamp I would have thought it would be in some shadow? Ignoring those points, I think this a really excellent attempt.

Good sharp picture here, Rianne. I don't know if this is taken on a slope, or whether the lower steps have sunk, because the top step looks absolutely level, whereas the lower step seems to slope to the left. The contrast and colours are absolutely spot on. You've got the stairway, but it would have been nice to see some movement blur in the trees, given that the wind is mentioned twice. Good effort here.

Although I prefer music of the 60s and 70s, I have judged the images on interpretation of the lyrics in the first instance, and then image quality thereafter. However, it just so happens that the winning entries fall into the era of my preference - but not deliberately!

2nd place: Mike Aspinall - for his Sound of Silence lyrics

1st place: Joanne Johnson - for her "You've got to hide your love away" lyrics.

I really struggled between Mike's and Joanne's images for first place, but I had to make a choice, and Joanne's did it for me.

So congratulations and over to you Joanne to choose the next subject for the Forum Competition!
"Aim for the moon - if you miss you'll land amongst the stars."
Top

Please start a new competition in a new thread and the deadline should be set about 3 weeks from now. Then it will be time for your comments and choice if winners!

Well I am surprised!

Thanks Mel. I quite enjoyed this theme


"Anybody can be a great photographer if they zoom in enough on what they love." - David Bailey
Top
Post Reply
15 posts • Page 1 of 1

Users browsing this forum: No registered users and 1 guest